Below are the March '22 test results from NIST, which show how the seventh sense algorithm has performed on VisaBorder photos of various races who might have different skin tones or bone structures. 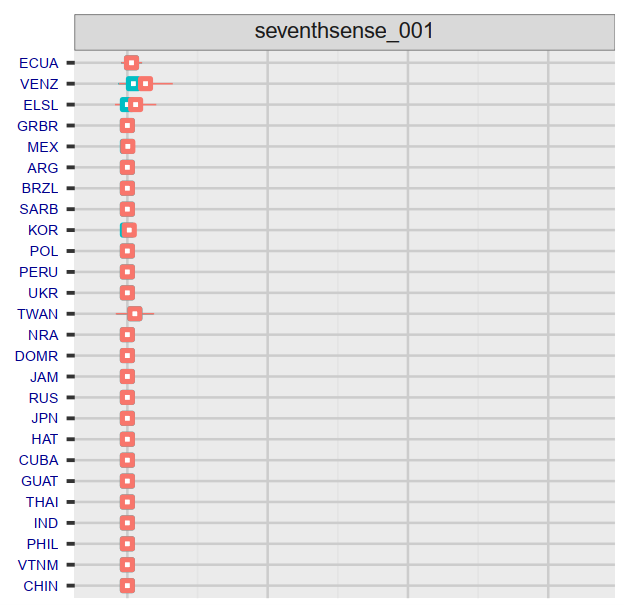 Fig: For the visa images, the dots show FNMR by country of birth for two globally set operating thresholds corresponding to FMR = {0:001; 0:0001} computed over all on the order of 1010 impostor scoresThe figures shows an order of magnitude variation in FNMR across country of birth; these effects are likely due quality variations, then demographics like age and race. The error rates in some cases are zero, and in others the DET is flat so the error rates at the two thresholds are identical. The lines span 1% and 99% of boostrap replicated FNMR estimates.

V
Vikram is the author of this solution article.

Did you find it helpful? Yes No

Send feedback
Sorry we couldn't be helpful. Help us improve this article with your feedback.